Prof. David Weisburd holds joint tenured appointments as Distinguished Professor of Criminology, Law and Society at George Mason University (and director of the Center for Evidence Based Crime Policy) and Walter E. Meyer Professor of Law and Criminal Justice at the Hebrew University. He also serves as a senior fellow at the Police Foundation in Washington, D.C. and is chair of its Research Advisory Committee. Weisburd is an elected fellow of the American Society of Criminology and of the Academy of Experimental Criminology. He is a member of the Science Advisory Board of the Office of Justice Programs, the Steering Committee of the Campbell Crime and Justice Group, the National Institute of Justice/Harvard Executive Session in Policing, the Scientific Commission of the International Society of Criminology and the Committee on Law and Justice of the National Research Council of the National Academy of Sciences (USA). Weisburd is one of the leading international researchers in crime and justice. He is the author or editor of more than 20 books and more than 100 scientific articles that cover a wide range of criminal justice research topics, including crime at place, white collar crime, policing, illicit markets, terrorism, criminal justice statistics and social deviance. Weisburd is the recipient of the 2010 Stockholm Prize in Criminology and the 2011 Klachky Family Prize for the Advancement of the Frontiers of Science.  Weisburd is President of the Israeli Society of Criminology and the founding editor of the Journal of Experimental Criminology. 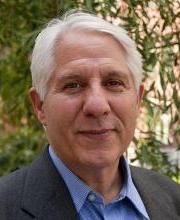