Cameron Hoffman is a current Graduate Student at the University of Pittsburgh’s Graduate School of Public and International Affairs (GSPIA) majoring in Security and Intelligence studies with a minor in Cyber Security. Before GSPIA, he obtained his bachelors from the University of Pittsburgh studying Political Science, History, and Arabic, where he graduated summa cum laude. During his undergraduate studies he extensively covered the history and politics of the Levant and Arab Peninsula focusing on terrorism, civil war, interstate competition, and oil politics. This knowledge, and his Arabic skills, aided him and grew during his summers living in and traveling the Middle East.

At GPSIA, Cameron is continuing his study of the Middle East, with a more direct focus in policy and intelligence analysis, and how cybersecurity shapes the international system. Cameron was an intern for the United States Associate of Energy Economics, a former research intern at Rise to Peace, and currently a researcher at Georgia State University’s Evidence Based Cybersecurity Research Group. 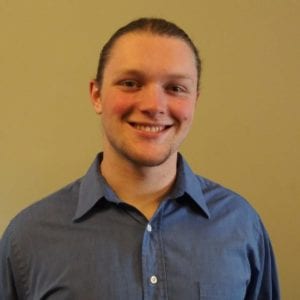