Dr. Ashwin Ashok is a tenure-track faculty member in the Department of Computer Science at Georgia State University, where he directs the Mobile Cyber Physical Systems Lab. He was previously a postdoctoral research associate in Electrical & Computer Engineering at Carnegie Mellon University under the mentorship of Professor Peter Steenkiste and in collaboration with Dr. Fan Bai (General Motors Research & Development) where he conducted research on building cloud-computing systems for vehicles. His research work spans areas in visible light and camera communications, mobile systems and computing, vehicular networking, computer vision, augmented reality, wearable systems, and localization.

Dr. Ashok completed his Ph.D. in October 2014 in the Wireless Information Network Laboratory (WINLAB) at Rutgers University under the supervision of Professors Marco Gruteser, Narayan Mandayam, and Kristin Dana. His thesis pioneered camera-based communication in mobile computing and visible-light communication through a novel concept called visual MIMO that explores the use of cameras and other optical arrays as receivers in a communication system. He has also interned at Qualcomm in New Jersey for a summer working on a visible-light-communication-based application. He won the best teaching assistant award as well as a research excellence award at Rutgers.

Dr. Ashok served as a workshop co-chair for MobiCom 2016 and is the publicity chair for the 2017 IEEE Vehicular Networking Conference. He has served as a founding co-chair for the ACM WearSys workshop since 2015. He serves on technical program committees for several ACM and IEEE conferences and journals. He is a member of ACM, SIGMOBILE, and IEEE. 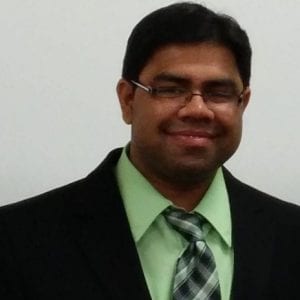